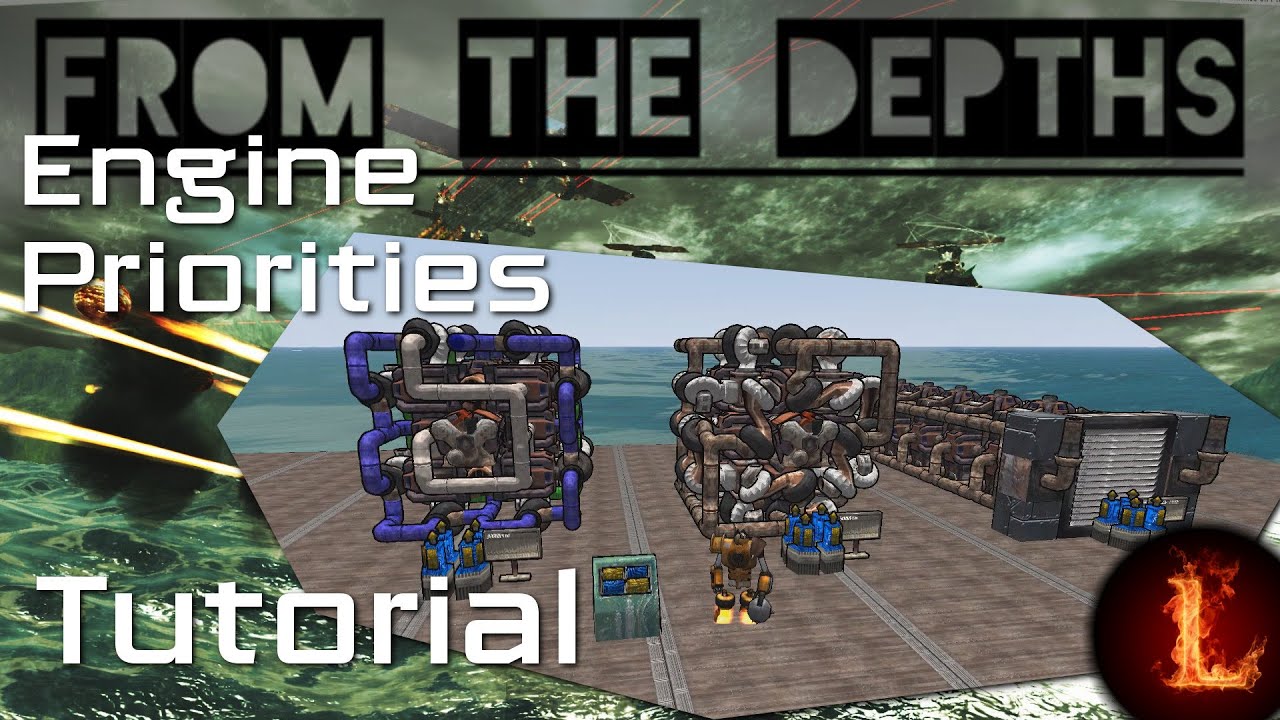 From the Depths is a physics-driven multiplayer warfare game from Brilliant Skies where players design and build their own vehicles block by block.

Teams can build and take first-person command of galleons, planes, submarines or hot air balloons in a bid to win the spoils of war, destroying other players, their fleets and enormous monsters. Players man the weapons, repair damage and repel boarders while delivering broadsides and bombing runs in dozens of multiplayer game modes while unlocking new equipment, blocks and skills.

23 thoughts on “Engine Priority Tutorial – From the Depths”