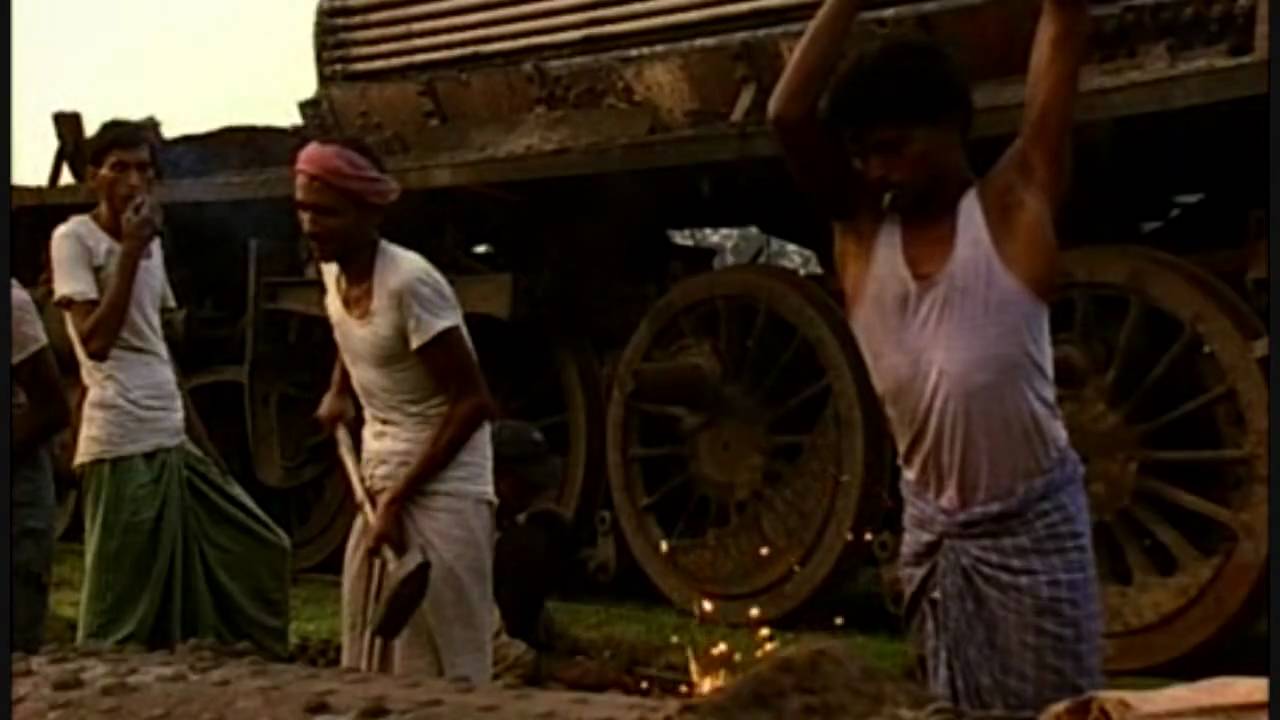 These are excerpts from National Geographic’s “The Great Indian Railway”(1995), probably the best documentary ever on the Indian Railways. As a young boy, I used to travel to Grandma’s place by the Howrah Mail from Madras. In 1989, on one such trip, My dad pointed out to a gigantic engine puffing smoke in the shed at Madras central as our train was leaving and said: “Manu, look, that’s a steam engine”. I forgot about steam engines later. In 1999(10 years later), I watched the National Geographic’s special screening of this documentary on TV. I remembered my encounter with the puffing beasts in 1989. I couldn’t stop crying by the end of this documentary. Starting in the early 80’s the Steam engines of the Indian Railways have been slowly phased out of all the main lines in favor of Electric and Diesel locomotives due to economic pressures. By the turn of the 90’s, it had become a rare sight to see a Steam-driven train. You can buy the DVD or VHS of this 115 minute documentary on nationalgeographic.com. It costs $15 including US local postage.

22 thoughts on “India: Running out of Steam (part 5 – Final) – Death of the main line steam & the lone survivor”